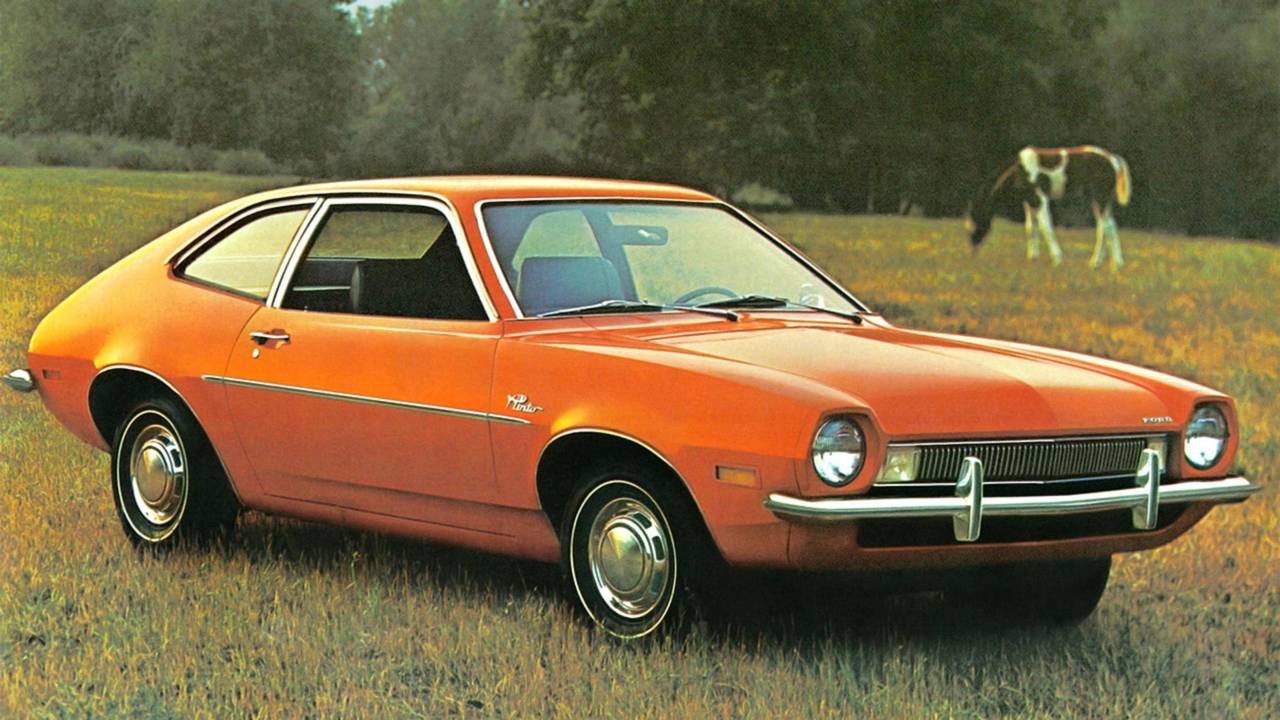 In the 1970s, American automakers began introducing smaller vehicles, and the Pinto was Ford's entry into this burgeoning segment of compact models.

Launched for the 1971 model year, the Pinto was available as a hatchback or wagon. Within a few years, reports began trickling into Ford about the compact model catching fire in rear-end crashes. The Pinto's fuel tank was located between the rear axle and back bumper. A lack of crumple room exacerbated the potential for a fuel leak in a collision.

In 1977, Mother Jones magazine published an exposé about the Pinto fires and staged a press conference to push for a government investigation. The National Highway Traffic Safety Administration found the fuel system to be potentially dangerous and ordered Ford to perform a recall that affected 1.4 million Pintos.

The Pinto scandal also resulted in a criminal case of reckless homicide against Ford when the state of Indiana prosecuted the company after three women died in a fire in the vehicle. This was the first time a U.S. company faced murder charges, and the jury found the corporation not guilty.