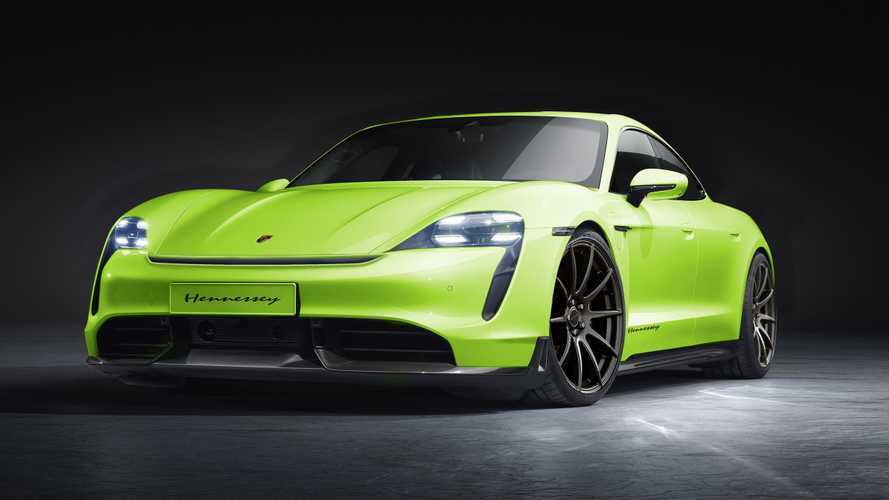 Sealy, Texas (September 24, 2019) — The duality of man. Can a company that builds some of the fastest and most powerful vehicles on earth also turn its talents and resources to tune some of the most exciting electrified vehicles? Hennessey Performance Engineering (HPE) thinks that it can.

For the past 28 years the team at Hennessey has been making “fast cars faster” and every one of those vehicles has been powered by an internal combustion engine - until now. Hennessey is now going to be offering high-performance upgrades for the company’s first electrified vehicle: The Porsche Taycan.

“We’ve been planning to do something with electrified vehicles for a while now,” said company founder & CEO, John Hennessey. “We felt that the new Porsche Taycan was the right platform from which to modify our first EV. Initially, we will start with simple modifications such as wheels, tires and interior upgrades as well as exterior modifications such as more aggressive front and rear bumpers. After that we will see what might be possible in terms of adding more power.”

HPE plans to take delivery of its Porsche Taycan development car soon after Porsche begins delivering Taycans in the US in 2020. “Nearly all of our clients still want raw, powerful ICE engines. But some of them have begun to add an EV to their collections for daily driver duties,” said Hennessey. “We don’t want to reinvent the wheel in the electrified market, we just want to make it roll a little faster and cooler!”